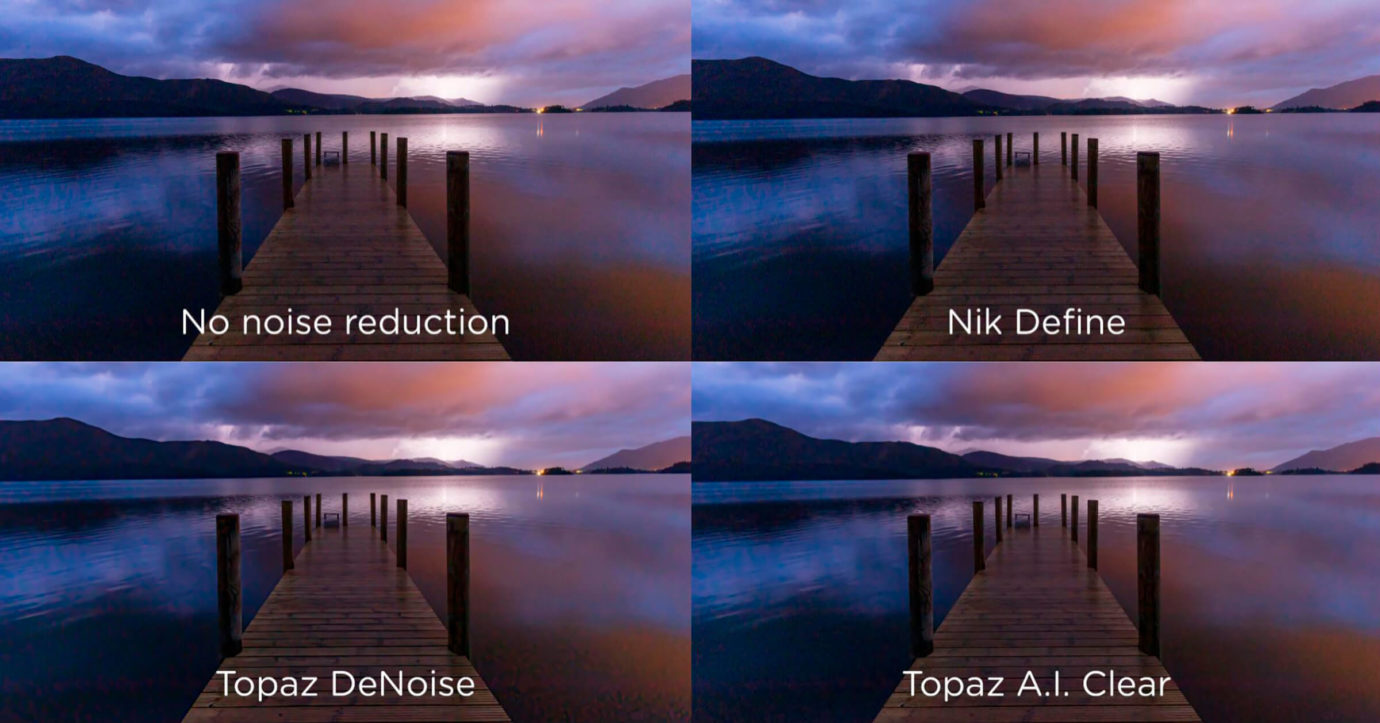 A good friend of mine shared on Facebook three versions of the same image shoot with his Canon 7D MK2 stating that the noise levels were higher than he’d like. He also mentioned that he had run the image through Topaz’s DeNoise noise reduction, noise reduction editing software and found it to be quite simply amazing. As someone who shoots with a Canon EOS R at night (on occasion in Lofoten /Iceland /Canada), and someone who would definitely like better noise reduction as the noise levels are high enough in camera (without running long exposure noise reduction in camera), I am always open to trying out new programs /plug ins to assist me in removing noise.

I currently use Nik’s Define plug in and up till now, it has done a solid job. It is not outstanding but it is better than most of the plug ins /programs that I have tried. So I downloaded Topaz DeNoise on a free 30 day trail with a purchase price of $79.99 (approx £65.00) should I wish to purchase afterwards. I ran an image that I took at night over Derwentwater in the Lake District last month and it is very noisy indeed. The image details are as follows;

So I decided to run a comparison test on the single image that you see below, with the intention of ending up with four images that will show you the difference between not using any noise reduction at all, using Nik Define, using Topaz DeNoise and using Topaz A.l. Clear (an even more sophisticated version of DeNoise whose results vary whereas DeNoise applies the same level of noise reduction for each image).

To conduct the test, all I have done is opened the raw file in Adobe RAW, selected the lens correction and chromatic aberration options, click on the ‘auto’ tab to lighten the image up so that you can all see the noise much more clearly, applied the relevant noise reduction treatment and then saved the images as a JPEG sized at 2048 pixels on the longest length.

See the results for yourself. Which noise reduction plug in /editing software is the most effective?

P.S. You will notice that the horizon is not level. This is usually the case when photographing this pier and requires levelling in post processing

Image 1
Unedited, saved as a JPEG and no noise reduction has been applied

Image 2
Unedited, saved as a JPEG and Nik Define used to reduce noise

Image 3
Unedited, saved as a JPEG and Topaz DeNoise used to reduce noise

My personal opinion based on the results above is that Topaz DeNoise was by far the most effective in reducing the noise in the image above and by a large margin, especially when compared to my current noise reduction plug in, Nik Define. As such, I shall be purchasing the Topaz DeNoise for £65.00 immediately as I genuinely believe that it will benefit my editing process, especially as there appears to be no loss of sharpness and definition in the image too.

You can try the Topaz DeNoise editing software free of charge for yourself for 30 days and for those interested, I have no affiliation with Topaz or their products.
www.topazlabs.com/denoise-ai/

Many thanks to my good friend Brian Howe too for sharing his findings with me in the first instance.