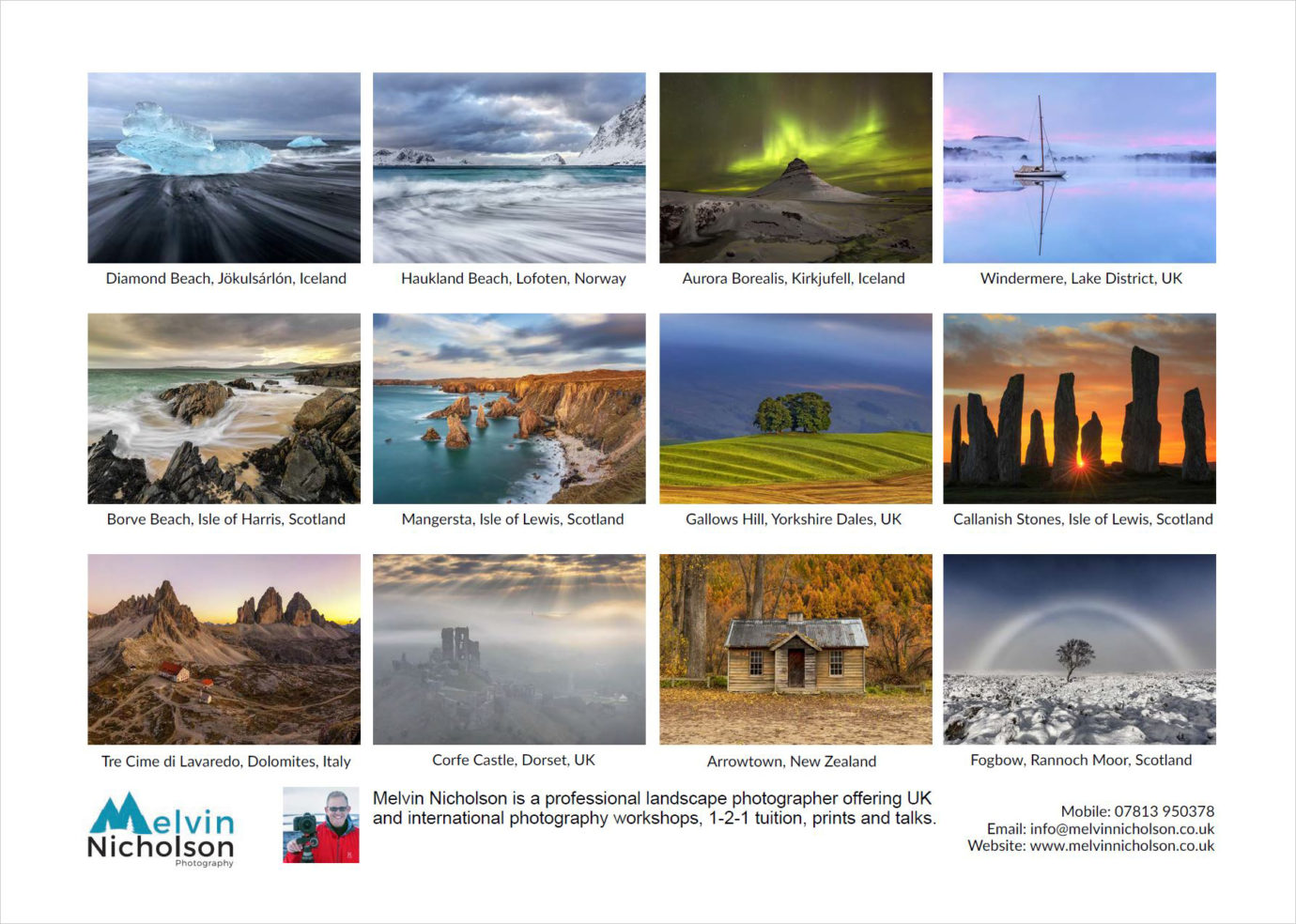 WOW, what a response I received from over 250 of you who, when asked to decide which twelve images should grace my A3 2020 Calendar, stepped forward and voted in droves.

Just to recap, I wanted the process of creating my 2020 calendar to be an interactive experience and so I made the decision that I wanted to give you all an opportunity to assist me by deciding which twelve images should make up my A3 2020 Calendar. I asked you all to choose just one image per month from the five images shown (making sixty images to choose from all twelve months), and you all set about choosing your favourites. I am genuinely thankful for all your time, effort and energy in making the decisions for me, because when you’re as close to your work as I am, the decision which images stay and which images go, becomes a seriously difficult one.

So the images have been selected, the calendar has been created and it can be PRE-ORDERED by clicking the link below. You can also read the full list of the poll results for all sixty images. This will give you an idea as to which images performed better than others.

So, just to finish this blog by THANKING YOU ALL once again for your input and for leaving lovely comments at the end of the poll and for also writing to me personally with such kind words about my work. I am delighted that you all appeared to enjoy the experience in helping me create my calendar. See you all again next year?

ALL WINNING IMAGES TOGETHER ON MY 2020 CALENDAR