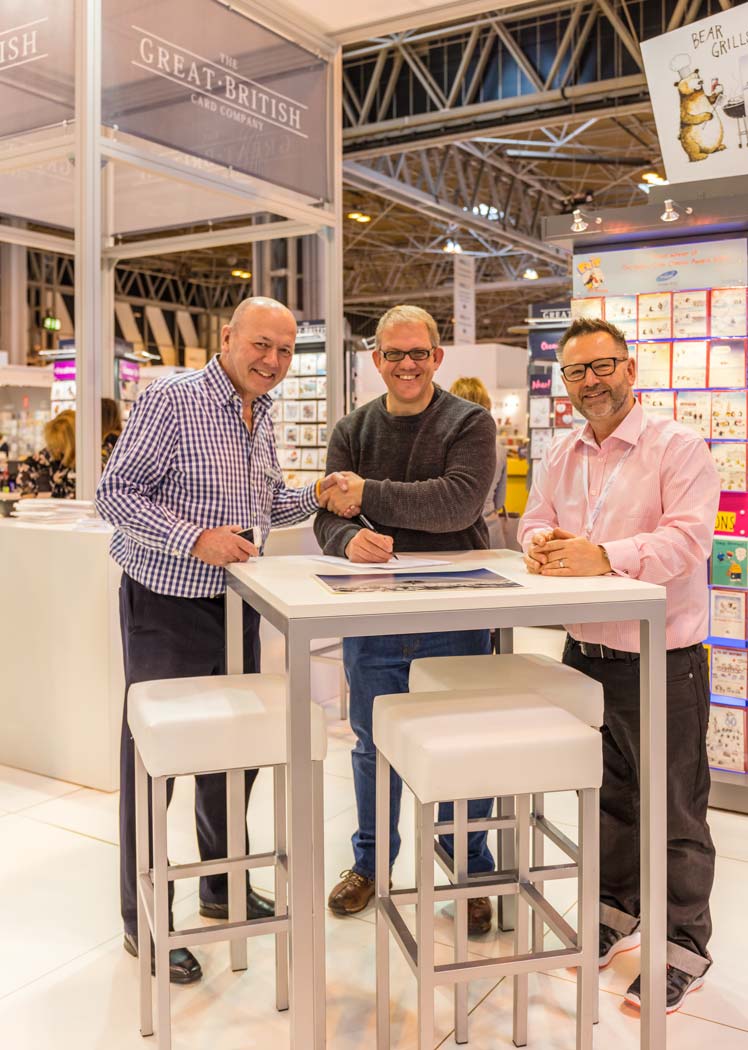 Fogbow gets signed up

Last November I was extremely lucky to have found myself in the position of photographing a particularly rare white rainbow (otherwise known as a fogbow) whilst on Rannoch Moor near Glencoe in Scotland. Fogbow went viral worldwide after I shared it on social media and my agent BAV Media marketed it to the UK and the world’s press. A lot of companies and organisations contacted me at the time to express an interest in wanting to use Fogbow commercially but I was too busy running workshops at the time to consider their offers. Fast forward three months and this morning, having driven all the way to the International Spring Fair which is being held at the NEC in Birmingham, I am absolutely delighted to confirm that I have signed a three year contract to have Great British Card Company exclusively use and market Fogbow on their range of greeting and seasonal cards worldwide.

I choose my business partners carefully and after much consideration and having met Chris Wilcox – Operations Director (left) and Nick Adsett – Group Product Director (right) down at the show today, I am so happy to be working with them as one of the UK’s leading greetings and seasonal cards companies. The Great British Card Company manufacturer the majority of their products in the UK (therefore supporting British industry) and they also support many charities through a share of the profits generated. Charities such as Motor Neurone Disease Association and CLIC Sargent,  a charity supporting children with cancer, both charities that I wholeheartedly admire through my previous three years spent training as an Adult Nurse (2008-11).

The Great British Card Company supply many of the independent greeting cards retailers as well as garden centres, major retailers including John Lewis and several high profile charities. It is a pleasure to work with them and I look forward to seeing Fogbow on the front of many a greeting card in the future.