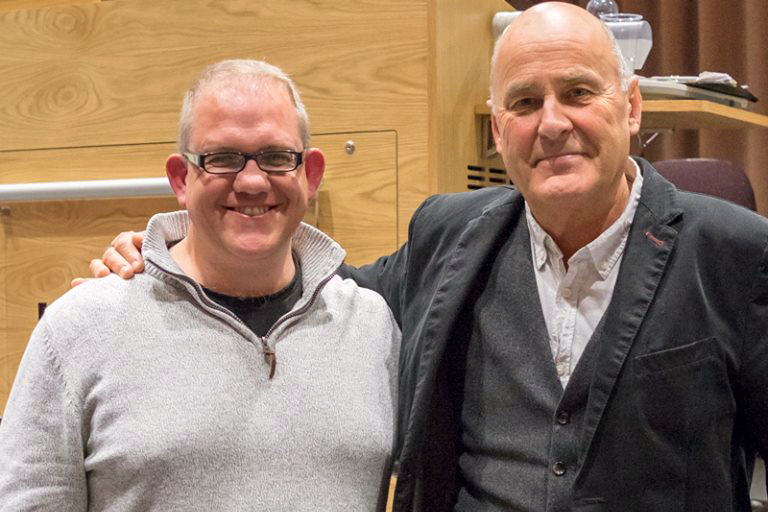 Last night I attended a lecture evening by Charlie Waite as organised by Preston Photographic Society, my local photography club of which I was President three years ago. The now firmly established annual tradition of the club booking a big name speaker in the world of photography started back in 2010 by none other than my good self when I booked Leigh Preston to come and present a lecture in which we sold tickets to other local camera club members and in time members of the general public. Since then big names such as professional landscape photographers Paul Gallagher, Colin Prior and David Noton have appeared as well as wildlife photographer Danny Green too. The idea behind organising such large-scale events was simple, to bring those who have carved out a very successful career in their chosen genre of photography to the masses in an attempt to have those who attend inspired, educated and entertained. To this end not only did Charlie do that last night but he succeeded on every level.  If you want to listen to someone who is extremely knowledgeable, humorous, insightful, humble and most importantly for me, passionate, Charlie is the man.

To those landscape photographers in the know, Charlie Waite is considered to be one of the most eminent landscape photographers of his generation and is a sure box office draw to those who wish to attend a lecture hosted by someone of his calibre. Charlie for the record runs the most prestigious landscape competition in the UK (and now America too), Take-a-View Landscape Photographer of the Year. To achieve success in this competition, one must strive to enter their very best work in the hope of being acknowledged by receiving a Commended, or even a Highly Commended and to win the competition is a pipe dream for the vast majority of us but you have to be in it to win it I guess.

So back to the lecture. For someone so use to adoration being heaped upon them, and respected by those who know him or know of him and for a career spanning decades, Charlie came across surprisingly humble and in doubt of his own abilities at times. I have seen this from other professional photographers who seem comfortable within themselves to openly confirm what the rest of us experience but often do not say. That we are all insecure in our abilities to produce consistently high-quality images, to accept negative press or criticism (constructive or otherwise) and to honestly say that for every one image that appears to hit the jackpot, there are countless hundreds more that fail to win a prize but of course, very few people get to see the ‘rejects’ of our efforts  Yes indeed it takes a brave man to admit his failings even if to the majority there appears to be none evident.

The purpose of attending a lecture hosted by a professional photographer for me is to hopefully take something away with you, something that resonates with you, has you return to their words time after time, weeks, months or even years after hearing them from their own lips. Photography is such a creative process that you can be influenced either knowingly or not knowingly, by all that you read, hear and see. It is therefore not uncommon that a part of your own work contains in some small way the efforts and abilities of others. What did I take away from Charlie’s lecture last night?

In truth very little and yet so much. Confusing? Welcome to the art of photography. Once I have figured it out for myself, I’ll let you know, until then, I’ll just carry on shooting what I see and if it works for me, all’s the better but if it works for you too, well that’s just the icing on the cake for me.